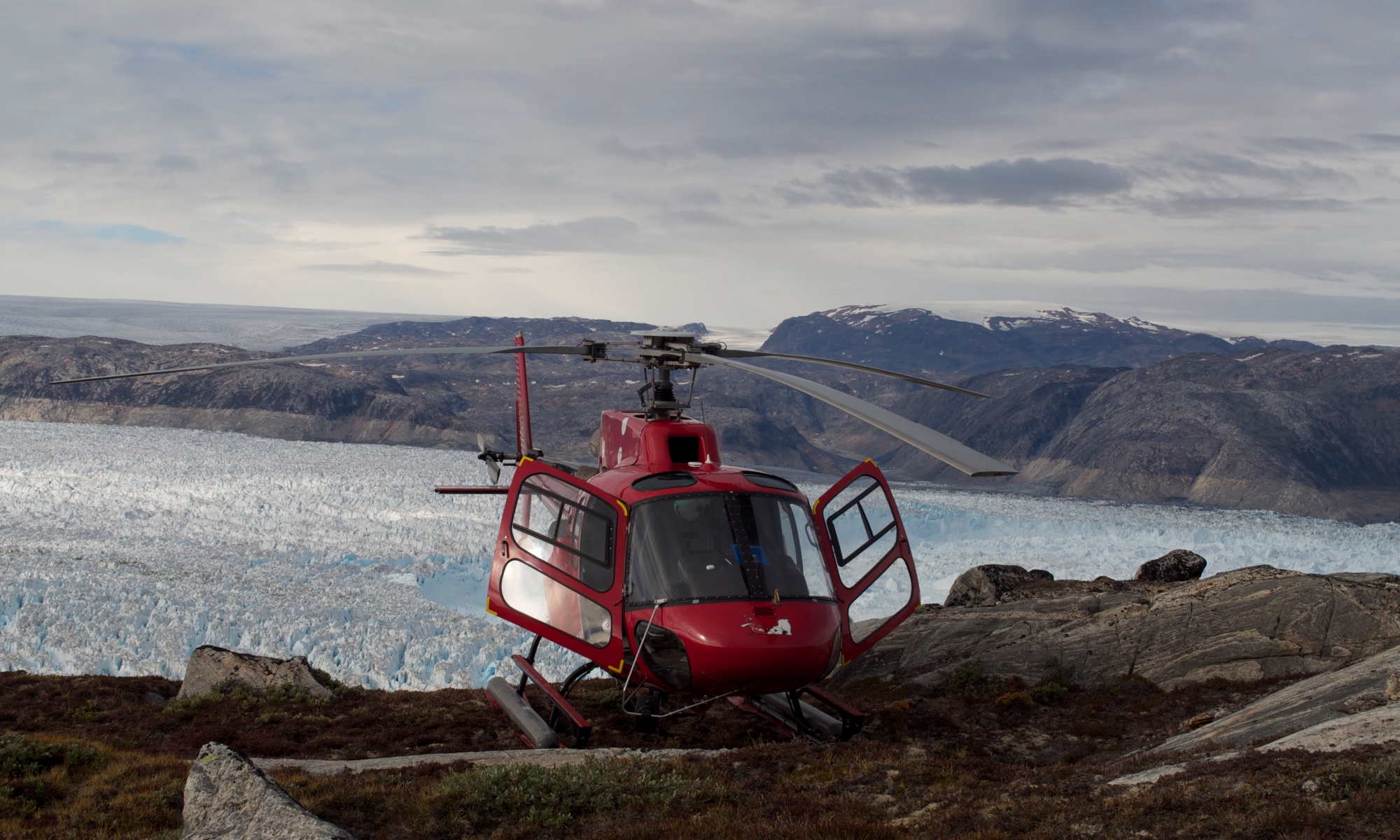 When viewed from above, the fjords of Greenland look like arteries carrying water and ice from the heart of the mainland ice sheet. At the head of these fjords are some of the world’s largest glaciers. Called marine-terminating glaciers, they constantly recede and advance with the change of the seasons. And every so often, a piece of ice breaks off.

The pieces are never trivial. Imagine a chunk of ice miles across and as tall as a skyscraper, most of it submerged below the water’s surface. The ice crumbles into the ocean, rolling and bobbing around like a rubber duck in a bathtub, and slowly floats out to sea. Ice that used to be part of the glacier now drifts around the ocean as large free-floating icebergs, steadily melting. Occasionally, one of these calving events gets caught on film.

For a long time scientists focused on warming air temperatures as one of the leading causes of the melting of the Greenland ice sheet. Now, researchers have turned their attention to where the ocean and ice meet, typically at the head of fjords that contain these marine-terminating glaciers. By collecting more samples plus using new tools, researchers are shining a light on the complicated underwater picture of how warming Atlantic Ocean waters speed up the melting of the ice, which contributes to sea-level rise.

This site uses Akismet to reduce spam. Learn how your comment data is processed.